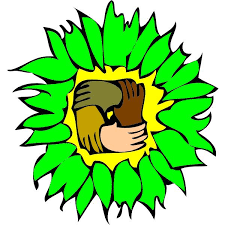 THE CHOICE IS OURS

By Robert Morningstar & James Catman
The delusional Radical Left’s talking points are growing and won’t go away…
They are honed to capture and befuddled those who can’t refute them with facts. We need to pre-empt their damage and ENGAGE the Left with opposition to their talking points!
The “Green New Deal” (and Ocasio Cortez’ Fascist Ideas) stand for:
The Green New Deal (and Ocasio Cortez’ Fascist Ideas) stand for:
Making everything a public and private partnerships for a fascist movement facilitated by military intel.. Ocasio Cortez is being fed every word. She does not know anything she’s talking about. Her “Green New Deal” would put us on a fast-track to Venezuela.
As President Trump has said: “I’d rather have a dog than eat one.”
The underlying message and the “M.O.” of the Left is to instill fear while harping about imminent threats to our own survival or “the survival of democracy.”
The goal of Democratic Socialism is ultimately to attain control of all resources and the people whom they turn into slaves-of-state through utter dependency, dispossession, expropriation and and ultimately private ownership of nothing).
The proposed Green New Deal would usher in:
Confiscatory tax rates of 70- 90%!!!!
Digital Currency for a Cashless society.
RFID Chipped Society and other controls and surveillance, including “social scoring” technology like they have in Red China.
Rationed Health Care and the end of quality or choice, and, likely, expediency in health care.
An end to free speech and self-defense by eliminaing or restricting First and Second Amendment RIGHTS!
Alexandria Ocasio-Cortez (AOC) lied to Anderson Cooper that a 21Trillion budget could pay for her Utopian (mathematically implausible) vision. She couldn’t have believed it herself, could she? Was she confusing that with the missing/stolen funds?
The entire U.S. budget is around 4 Trillion per YEAR!! Speaking of that, do you really want to give 90% of your money to theft-prone, incompetent, and treasonous bureaucrats?
AOC basically told Cooper that facts don’t matter, just morality.
HERE ARE SOME NEW GREEN DEAL TALKING POINT LIES TO DEBUNK, WITH THANKS TO DAN BONGINO (AT LEAST THEY”RE TRYING TO TALK NUMBERS, SO THAT”S GOOD!)
–“The Economy didn’t do too bad in the 50 or 60s when we had 90% tax: (WRONG!!) it was EFFECTIVELY 31% taxation after the exhaustive list of exemptions,
Does anyone really think that financing government with 90% of your blood, sweat, and tears will bring a better life??
DOES SHE KNOW that the U.S. is already the leader in reducing carbon emissions?
This will feed corporate welfare and the “greed” that she bemoans.
Currently we’re at 25-28% taxation…
When Reagan lowered taxes, USG tax revenues went up!  The same occurred after John F. Kennedy’s tax-cuts in the early 1960s.
It’s a proven formula: Lower taxes provide more revenue for cosumer spending ing and private investment with the result being, in the end, higher tax evenues for the Treasury.
The US Government (a 4 trillion dollar enterprize) has been shut down for almost 20 days and most people can’t notice the difference in their lives! There is little that local communities can’t pay a PRIVATE company to do for them more efficiently as opposed to the corrupt nd inept Federal bureaucacy!!
The European Yellow vest movement is TRUE activism, pushing for:
1.   No more Monsanto “Frankenfoods”
2.   No Mono-cropping
3.   Removal of global/authoritarian ideology out of education
4.   No more mandated vaccines
5.   No installation or forced imposition of Global 5G Networks
6.   No digital control of freedom and right to spend by programs like Dragon              Fly (China’s digital control apparatus)
7.   Nationalize the Treasury
8.   Pay 25% tax as opposed to 75%
9.    An END to the Cultural Attack that is uncontrolled immigration
10. An end to the attacks on religious expression and freedom of speech.

THE CHOICE IS YOURS