Recently, Canadian lecturer, James Corbett, has been doing a great job exposing the real facts, aka “The Truth” of how World War 1 (WW1) was actually started, NOT by Germany, but of course by the London-NY-Axis, the cabal or capstone (the English monarchy, the City of London, Wall Street and the House of Rothschild).

The fact that Archduke Franz Ferdinand’s car bore the license plate“AIII118” on 28 June 1914 is strong evidence that, even before WW1 began, Luciferian-Freemasonry had already set its “ceasefire date” to 11 November 1918.

That so-called “ceasefire” <The Armistice> did not manage to actually end WW1 and a “proto-Cold War” on the economic front ensued until, in the 1930s, the London-NY-Axis was able finally to transform it into a hot war, i.e World War 2 (WW2).

The London-NY-Axis managed to kill millions of German civilians via the Brutish Navy naval blockade of German all ports until 28 June 1919, when Germany signed the “treaty” of Versailles under duress, on the anniversary of Archduke Franz Ferdinand’s assassination by “anarchists” sent to assassinate him (and his spouse) by British Freemasonry.

By pure “coincidence”, Archduke Franz Ferdinand had been a key opponent of the international-bankster model still being foisted on the world stage today under the official title “freedom and democracy.”

Over the decades, Luciferian-Freemasonry renamed itself as such emissaries from “anarchist,” to “counterrevolutionary,” to “lone gunman,” to “terrorist,” to “insurgent,” just as the prevailing circumstances demanded in each case.

In the following great interview, author Gerry Docherty shows how JP-Morgan-agent (and thus Rothschild-agent) Herbert Hoover ran the“Belgian” Relief Fund” (CRB, Commission for Relief in Belgium) NOT to keep Belgium going, but of course to keep Germany going, so that Germany could be properly humiliated and forever “ejected from the race for power and glory.”

Normally, under such a blockade by the Brutish Navy, Germany could only have kept going until around May 1915 (and wars usually did not last that long in those days).

Here we have solid proof that Luciferian-Freemasonry wanted the carnage to last over 3.5 years longer than “normal” for that THIRD aspect of politics, which they love to suppress, namely the human-sacrifice they perform to their Earth-goddess Gaia-Sophia and to their sun-god Lucifer.

Luciferian-Freemasonry would have us believe that geopolitics is governed by two machinations only, those economic or political, when a third, equally important aspect (black-magicmerged with the dark-occult) has always played an equally important role in all the major historical events they orchestrated from …

to The Assassination of President John F. Kennedy in Dallas to spark The Viet Nam War. 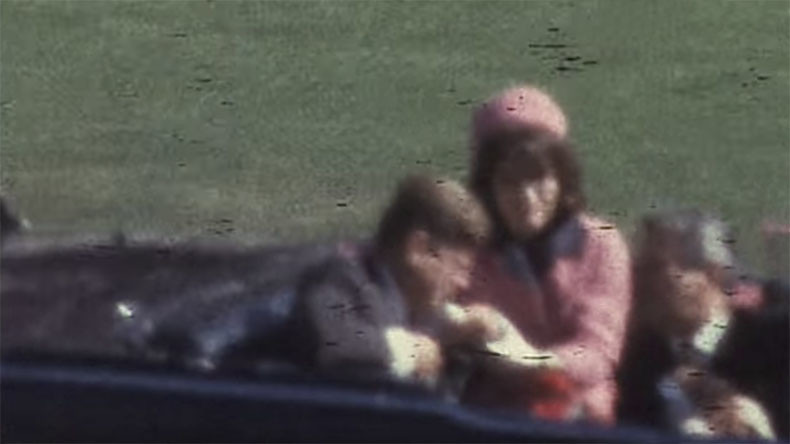 The crass hypocrisy “that small nations might be free” (i.for example, “helping” Belgium) is also proven to fail the Veracity-Test when you know that King Leopold II of Belgium exterminated over 8 million Congolese, a mass genocide , thus becoming a great “friend” of the likewise-genocide-minded London-NY-Axis.

That’s because genocide as employed by this same power-elite is the very name of the game, and what it always has been all about.

Painting Belgium as some kind of “victim” has to be one of the most nonsensical pieces of uncouth propaganda ever devised.

After WW1, Herbert Hoover spent years in trying to remove every shred of CRB documentation from Germany and Belgium and locking it up at Stanford University California with no hope of public scrutiny.

This physical suppression was a very cogent aspect of the propaganda efforts.  The London-NY-Axis later promoted Herbert Hoover to US puppetician-in-chief (President) on 4 March 1929 so that he could help engineer the “great” depression as a key step in recapitalizing Germany and it for preparing  for WW2, which was another key step in the London-NY-Axis design, which involves the genocide of most of humanity in increasingly rapid stages (unless human-beings manage to wake up and foil the London-NY-Axis agenda, which is published but, but as usual, “hidden in plain sight.”

Of course, being the absolute master of deceit, the London-NY-Axis also controlled the post-WW1 propaganda so that Germany would be forced to pay “reparations in perpetuity,” with these later reinforced by London-NY-Axis political agent, Adolf  Hitler long before WW2 when in Oct 1934, Adolf Hitler established the German income-tax, a tax that was never revoked after WW2 as his “evil deed” (when the London-NY-Axis gave its agent Adolf his freedom) but effectively enslaved Germany to the London-NY-Axis and its banksters for ever.

And to this day, Germany remains occupied and enslaved with no hope of freedom because it continues to be ruled by a harsh Zionist regime under the direct control of the London-NY-Axis, this Zionist regime bent on pouring Germany’s precious money and resources down the drain until Germany is destroyed, just as the London-NY-Axis writings of the early 1900s deemed “necessary”, and indeed using the very same methods and justifications all those London-NY-Axis writings of the early 1900s “predicted” would be used, well over a century ago.