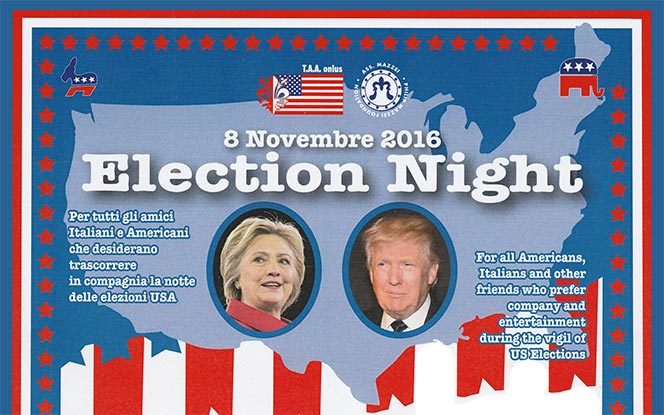 The Last Civil Conversations We Had

After 2 years no collusion!

To all the people who let this election break up families and friends, let this sink in:

I think the last civil conversations we had occurred just days before November 8, 2016. You were supremely confident Hillary Clinton would win the presidential election; you voted for her with glee. As a lifelong Republican, I bit down hard and cast my vote for Donald Trump.

Then the unimaginable happened.

And you lost your freaking minds! 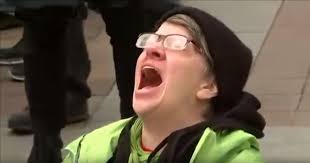 I knew you would take the loss hard—and personally—since all of you were super jacked-up to elect the first woman president. But I did not imagine you would become totally deranged, attacking anyone who voted for Trump or supported his presidency as a racist, sexist, misogynistic, homophobic Nazi-sympathizer.

The weirdness started on social media late on Election Night, as it became clear Hillary was going to lose. A few of you actually admitted that you were cradling your sleeping children, weeping, wondering what to tell your kindergartner the next morning about Trump’s victory. It continued over the next several days. Some of you seriously expressed fear about modern-day concentration camps. Despite living a privileged lifestyle, you were suddenly a casualty of the white patriarchy. Your daughters were future victims; your sons were predators-in-waiting. You threatened to leave Facebook because you could no longer enjoy the family photos or vacation posts from people who, once friends, became Literal Hitlers to you on November 8 because they voted for Donald Trump.

I admit I was a little hurt at first.  The attacks by the media and you against us Trump voters were so personal and so vicious that I did not think it could be sustained.  I thought maybe you would regain your sanity after some turkey and egg nog.

But you did not. You got worse. And I went from sad to angry to where I am today:

As the whole charade you have been suckered into over the last 24 months starts to fall apart—that Trump would not survive his presidency; he would be betrayed by his own staff, family, and/or political party; he would destroy the Republican Party; he would be declared mentally ill and removed from office; he would be handcuffed and dragged out of the White House by Robert Mueller for “colluding” with Russia—let me remind you what complete fools you have made of yourselves!  Not to mention how you’ve been fooled by the media, the Democratic Party.

On November 9, you awoke from a self-induced, eight-year-long political coma to find that White House press secretaries shade the truth and top presidential advisors run political cover for their boss.

You were shocked to discover that presidents exaggerate, even lie, on occasion.  You became interested for the first time about the travel accommodations, office expenses, and lobbyist pals of administration officials.

You started counting how many rounds of golf the president played.

You suddenly thought it was fine to disrespected women and mock the first lady now that she wasn’t Michelle Obama.

You thought it was A-OK that Betsy DeVos was nearly physically assaulted and routinely heckled.  You glorified a woman who was a stripper and who has sex on camera for a paycheck.

You have learned all kinds of new things that those of us who didn’t willfully ignore politics for the past eight years already knew. For example, we already knew that illegal immigrants for years were being deported and families were being separated.

Some of your behavior has been kinda cute.

It was endearing to watch you become experts on the Logan Act, the Hatch Act, the Second Amendment, the 25th Amendment, and the Emoluments Clause.  You developed a new crush on Mitt Romney after calling him a “sexist” for having “binders full of women.”

You longed for a redux of the presidency of George W. Bush, a man you once wanted imprisoned for war crimes.  Ditto for John McCain.   You embraced people like Bill Kristol and David Frum without knowing anything about their histories of shotgunning the Iraq War.

But your newfound admiration and fealty to law enforcement really has been a fascinating transformation.  Wasn’t it just last fall that I saw you loudly supporting professional athletes who were protesting police brutality by kneeling during the national anthem?

Remember how you fan-boyed a mediocre quarterback for wearing socks that depicted cops as pigs?

But now you sound like paid spokesmen for the Fraternal Order of Police. You insist that any legitimate criticism of the misconduct and possible criminality that occurred at the Justice Department and FBI is an “attack on law enforcement.”

While you once opposed the Patriot Act because it might have allowed the federal government to spy on terrorists who were using the local library to learn how to make suitcase bombs, you now fully support the unchecked power of a secret FISA court to look into the phone calls, text messages and emails of an American citizen because he volunteered for the Trump campaign for a few months:

Spying on terrorists, circa 2002: Bad. Spying on Carter Page, circa 2017: The highest form of patriotism.

And what about that white, male patriarchy that you were convinced would strip away basic rights and silence any opposition after Trump won?

That fear has apparently been washed away as you hang on every word uttered by white males James Comey, John Brennan, and James Clapper.

This triumvirate is exhibit “A” of the “old-boy network,” and represents how the insularity, arrogance, and cover-your-tracks mentality of the white-male power structure still prevails.  Yet, instead of rising up against it, you are buying their books, retweeting their Twitter rants and blasting anyone who dares to question their testicular authority.

Your pussy hat must be very sad.

But your daily meltdowns about Trump-Russia election collusion have been the most entertaining to observe. After Robert Mueller was appointed as Special Counsel, you were absolutely convinced it would result in Trump’s arrest and/or impeachment. Some of you insisted that Trump wouldn’t last beyond 2017. You quickly swallowed any chum tossed at you by the Trump-hating media on MSNBC, the New York Times and the Washington Post about who was going down next, or who would flip on the president.

For the past 2 years, I have watched you obsess over a rotating cast of characters: Paul Manafort, Donald Trump, Jr., Jared Kushner, Carter Page, Reince Priebus, Jeff Sessions, Michael Flynn, Steve Bannon, Sam Nunberg, and Hope Hicks are just a few of the people you thought would turn on Trump or hasten his political demise.  But when those fantasies didn’t come true, you turned to Michael Avenatti and Stormy Daniels for hope and inspiration.  It will always be your low point.

Well, I think it will be.  Each time I believe you’ve hit bottom, you come up with a new baseline.  Perhaps defending the unprecedented use of federal power to spy on political foes then lie about it will be the next nail in your credibility coffin.

The next several weeks will be tough for you.

I think Americans will learn some very hard truths about what happened in the previous administration and how we purposely have been misled by powerful leaders and the news media. I wish I could see you as a victim here, but you are not.

I know you chose to support this insurgency blindly, following anything the democrat propaganda agents (media) lies about, with your eyes closed.

Bob Whitman, this is probably the most well written and detailed account I have read. People really need to read what you wrote. Thank you for sharing and I shared what you wrote as well.