Ian Fleming’s James Bond novels and films are notable for their memorable villains and henchmen.  Each Bond villain has numerous henchmen to do their bidding.

There is typically one particularly privileged henchman who poses a formidable physical threat to Bond and must be defeated in order to reach the employer.  These range from simply adept and tough fighters, such as Donald ‘Red’ Grant, to henchmen whose physical characteristics are seemingly superhuman, such as Jaws.

From Russia with Love

You Only Live Twice

On Her Majesty’s Secret Service 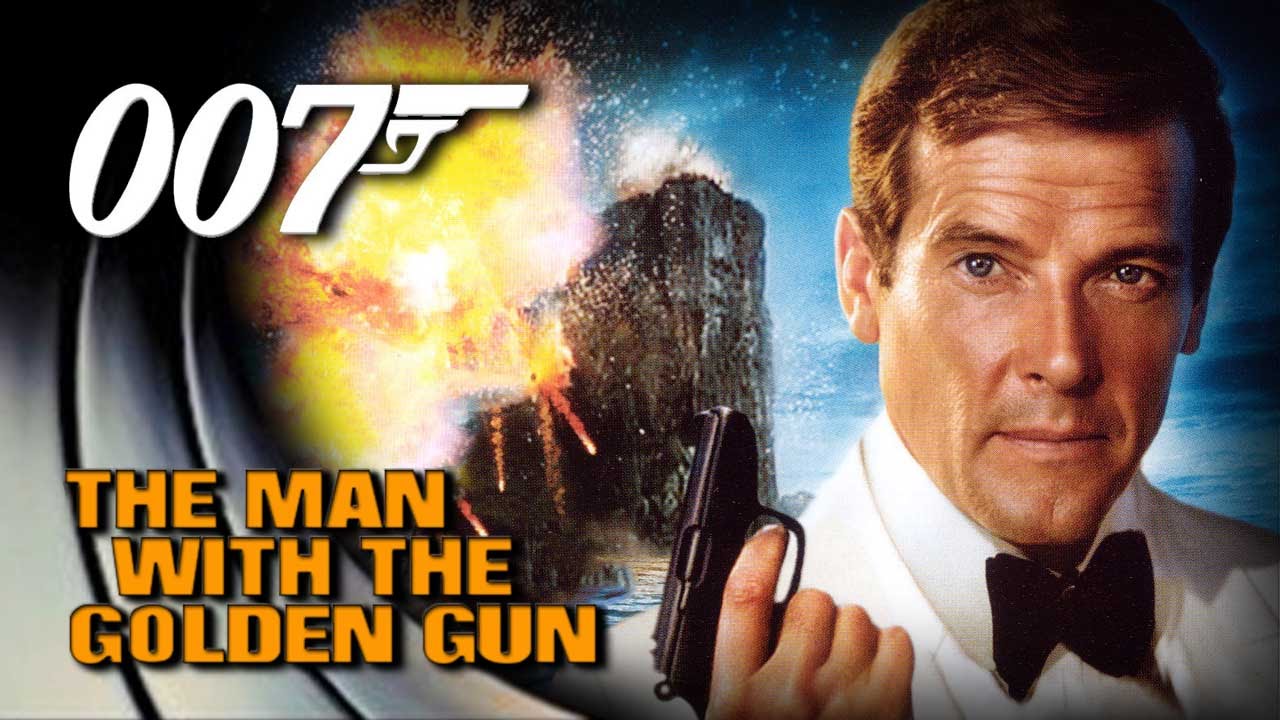 The Man with the Golden Gun

The Spy Who Loved Me 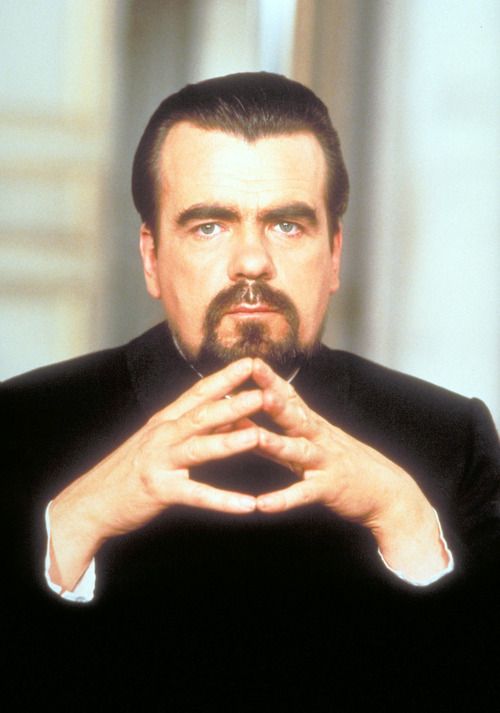 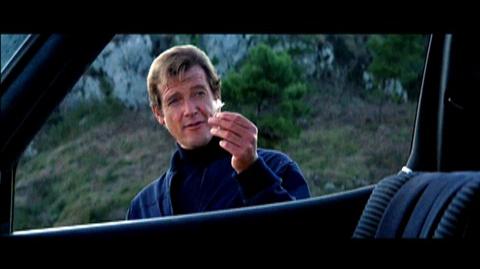 For Your Eyes Only

A View to a Kill

The World Is Not Enough 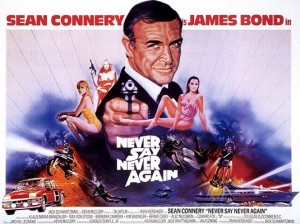 From Russia, with Love

The Spy Who Loved Me

On Her Majesty’s Secret Service

You Only Live Twice

The Man with the Golden Gun

Main article: James Bond 007: Everything or Nothing

Main article: 007: From Russia with Love

THE SUBVERSIONS OF THE ECONOMIC ROYALISTS

(Permission to quote for review and educational purposes granted)

“Thomas Jefferson laid out in an 1816 letter to Samuel Kercheval ‘…a totally ‘free’ market, where corporations reign supreme just like the oppressive government of old, could transform America ‘until the bulk of the society is reduced to be mere automations of misery, to have no sensibilities left but for sinning and suffering.   Then begins, indeed, the bellum omnium in Omnia, which some philosophers observing to be so general in this world, have mistaken it for the natural, instead of the abusive state of man.’”   (p. 63, The Crash of 2016)

Thom Hartmann, no stranger to writing on the “abusive states of man,” takes us on a trek of those “stages” where “in the real world, humans must confront both nature and other humans” (p. 63)

Hartmann takes us on a trek through the formative years of the American Revolution and how the colonists conducted what could be termed “corporate vandalism” (which included the famous Boston Tea Party) against Britain and against political factions such as John Adams’ Federalists and Congressional Acts and the Alien and Sedition Act to lock up political dissenters that were called “the rabble”—Hartmann, comparing a faction known as the Royalists, speaks of a 1786 letter in which Thomas Jefferson gave “his most explicit warning about this threat from plutocracy within, and advocating unwavering vigilance against it.”

Hartmann gives multiple examples of how The Royalists (in the form of the East India Company, the North and South expansion in the American Civil War, the crash of 1893, others) exploded and grew.   Hartmann quotes President Grover Cleveland in 1888:

“Corporations, which should be carefully restrained creatures of the law and the servants of the people, are fast becoming the peoples’ masters.”

In 1907, Teddy Roosevelt passed the Tillman Act which banned corporate contributions in political elections, which was quickly countered by two dark eras of economic Royalist Rule by “Corporate behemoths” which resulted in a Gilded Age after the Great Crash of 1857 and the Civil War.

Hartmann explains the stages in which economic “bubbles” arise and how they interact with war, market crashes, the Economic Royalists, and the Great Forgettings.   Teddy Roosevelt acknowledged what had been referred to as the “Robber Baron Economic Royalists.”  President Franklin Roosevelt said in 1936:

“Here in America we are waging a great and successful war.  It is a war for the survival of democracy.   We are fighting to save a precious form of government for ourselves and for the world.”

Gerald MacGuire and General Smedley Butler spoke of a “Business Plot” to oust FDR to maintain Royalist Rule. In testimony before the house Un-American Activities Committee, co-conspirators were named, ranging from the Rockefellers, the Mellons, the Morgons, the DuPonts, and the Remingtons.

“In the 1960s, a solid middle class had emerged,” says Hartmann, “the Royalists were horrified.   The conservative intellectual base, such as Russell Kirk and W. F. Buckley, genuinely feared that if a middle class grew large enough___and politically and economically powerful enough___it would inevitably lead to social chaos.” (p. 29)

Tom Hartman on his TV Program

Lewis F. Powell, Jr., as a Supreme Court Justice, wrote a Declaration of War “memo” on behalf of the Economic Royalists against both democracy and, what they judged to be an overgrown middle-class.   The “confidential” Powell Memo, urging the courts to be used as a “social, economic, and political instrument,” aimed at the Chamber of Commerce and other Royalist-controlled-so-called ‘free market’ systems, and the instilling of “pro-plutocratic perspectives.”

The Economic-Royalists continued in spades in the Richard Nixon, Ronald Reagan, and the George Bush’s, and assorted Presidencies and associations.    FDR proposed a Second Bill of Rights (which included eight “Rights.”   One of which said there should be “the Right to adequate protection from the economic fears of old age, sickness, accident and unemployment”), but it never came to fruition.  The Wagner Act of 1935 guaranteed Americans the right to form a union and bargain collectively with their corporate employers.   These new protections allowed the middle-class to thrive.  Unfortunately, at times, “even attempting to unionize in the workplace,” says Hartmann, “would get you fired, at best.   At worst, it could get you killed.” (p. 70)

In 1981, the national debt was a bit under $1 trillion; Ronald Reagan tripled the debt to about $3 trillion:   more than any single president before him and one of his stated, biggest regrets.  President George H. W. Bush added a trillion dollars more.   George W. Bush added more than $6 Trillion to date, and nearly $16 trillion has been added to the actual debt.   Most politicians promised to lower deficits and reduce the national debt.

“This could be written off as run-of-the-mill political-flip-flopping and pandering,” says Hartmann, “but it’s not.  There’s a cunning political strategy behind it.”

Hartmann describes economist Jude Wanniski as a “Republican strategist/faux” in which Wanniski patterned the “Two-Santa Claus Theory”:   Democrats concentrating on ‘gifts’ such as Social Security and Medicare, and the Republicans centered on “massive tax cuts.”

In the matrix of the ideologues, it was Democrat President Bill Clinton, besieged by Royalist Robert Rubin (Goldman Sachs) and Alan Greenspan (Federal Reserve), who signed in the Personal Responsibility and Work Opportunity Reconciliation Act of 1996 (upholding the fraudulent myth of the ‘Welfare Queens’), and disregarded Ross Perot and allowed America to grow from a modest $15 billion deficit in 1981 to an enormous $539 billion in 2012.

“A Democrat just elected to the Presidency made no difference to the shadow government of lobbyist, corporate-funded think tanks and political fund-raiser,” says Hartmann.  “Clinton chose political expediency.   He chose to carry the Royalist agenda forward.”

Clinton signed the free-trade death warrant for the middle class.   The Democrats turned into Eisenhower Republicans, as the Republicans turned into something completely different:  they stepped up their assault, they culled a no Leisure Society; instead, just a “cataclysmic crash.”

Hartmann quotes economist John Kenneth Galbraith about the on-going psychopathic “madness”:   “The sense of responsibility in the financial community for the community as a whole…is nearly nil. Perhaps this is inherent…in a community where the primary concern is making money, one of the necessary rules is to live and let live…to speak out against madness may be ruin those who have succumbed to it.” 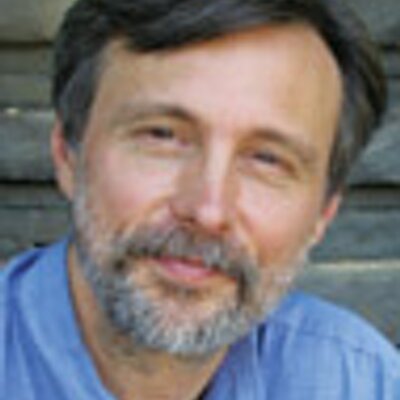 Hartmann quotes journalist Chris Hodges who described such modern-day oligopolies as Worldwide Royalists: “It’s similar to the age of the Robber Barons but in fact worse because there is no loyalty to the nation-state. The corporations are actually hollowing the country out from the inside…we’re creating a kind of neofeudalism” (p. 98)

Hartmann speaks about the tentacles of this worldwide, growing control and the looting of America by Global Psychopaths:

“American transnational corporations have historically cavorted with nations whose interests were similarly opposed to the United States – morally, at least.”

In Jeff Bercovici’s article for Forbes (“Why (some) Psychopaths Make Great CEOs,” June 14, 2011), Jon Ronson is quoted on millionaire psychopaths:   “The way that capitalism is structured really is a physical manifestation of the brain anomaly known as psychopathy.”

TO BE CONTINUED in Part II

(In the following continuation, Thom Hartmann continues to delve into the fatalistic madness of our politicians and economists who mask themselves behind hidden agendas.  We also explore what Hartmann’s critics say and how he defends his beliefs).