On March 5th, 2021, I composed a short essay and sent it to a groups of UFO investigators. My comments were regarding the current global UFO situation and a sense of “Creeping Joe UFO Disclosure” slowly unfolding in Washington, DC. I wrote:

Thank you for the link to the Las Vegas  UFO and your questions about the LV UFOs.

Here is a message with videos that I received this week from Capt. Robert Collins (USAF- Ret) related to UFOs videoed over Las Vegas sent by Steve Barrone.

I’m not sure if it is the same one, but I am sure that they are related to the unveiling of the US Space Force and the slow UFO Disclosure process that we’re going through, which seems aimed for July 1st through July 4th for the “Big Reveal.”

I think that these overt “fly-bys” are synched with the US Senate-driven UFO Disclosure <organized by Senator Marco Rubio last December> that is part of a long scheduled “Slow UFO Disclosure,” which may be following the pattern for revealing extraterrestrial presence in global affairs as described according the plan described by Arthur C. Clark in “Childhood’s End” wherein a 50-year long disclosure process is followed by world governments before the Alien Presence finally reveals itself.

We are now at the end of a similar multi-decade long UFO disclosure process initiated by the CIA in the mid 1960s, which is apparently approaching culmination now as we approach July 1st and slow UFO related revelations in those days following.

A most pleasant surprise ensued when I received a remarkable UFO/USO report from UFO investigator Joseph Foster, which is the subject of the following article.

In the Western Pacific

Back in 1970 while a Quartermaster in the US Coast Guard and on our way back from a deployment in Vietnam, I along with my Captain, the Officer of the Deck (OOD) and my Chief (Quartermaster) were involved with shooting “Morning Stars” (a navigational activity) that takes place about 1/2 hour before sunrise local time).

The Captain and OOD were using their Sextants and my chief and I were hacking with stop watches while the selected navigational stars were being acquired.

We were on the starboard bridge wing of the ship and on a course of approximately 080 degrees true making speed of about 15 kts.  We were also about a day and a half out of Guam heading back to Honolulu (our home port).  At this time we observed a large “mercury” colored, spherically shaped object closing on us from the front on a reciprocal course (heading roughly 260 degrees true) with a speed of probably 100 mph and at an altitude of between 500 and 1000′.

What I would like to highlight is that with the naked eye, the object was perfectly clear with sharply defined features (I.e., spherical shape and all sea and sky conditions perfectly reflected).  Again, the object had perfect reflectivity with the upper portion showing the blue sky above with some small fluffy clouds and the bottom portion of the sphere reflecting perfectly the blue, south Pacific ocean and capturing the slight chop in the water caused by 5 knot winds.  Cloud cover at the time was about 15%.

The reflectivity of the sphere was perfect, at least to the naked eye.  I believe this daylight sighting was classic, unfortunately there were only 5 of us (the lookout on the flying bridge was the 5th crew member) that observed the object.  Even though we had two other sightings onboard this ship while I was part of the crew, there was only one sighting that was reported “formally.” This one unfortunately was not it. 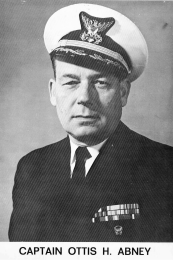 My captain was the Senior Captain (O6) in the Coast Guard at the time and my ship was one of the newest High Endurance cutters with me being part of the first crew after the pre-commissioning detail.

Unfortunately, none of us had a camera that morning so a good photographic record would not be captured.  Being that we were on the starboard side of the ship (right), when the object passed us at its closest point (500 to 1000′) and it passed us to the Port Side, we did not get a perfectly clear view (because of mast, bridge and rigging, etc.) and I am sure that it would have been a photograph of epic importance (in my estimation).

My final thought however is that the pictures of the UFO spheres showed the “haziness” surrounding the objects that I believe would be some form of plasma field, perhaps associated with a propulsion system.  The camera obviously was able to capture that aspect however, it is also my belief that this type of spherical craft (similar to the one we observed), when seen with the naked eye would look quite different because to the naked eye, the field surrounding such a craft might not be observed (like our sighting) than if it  were captured with a camera.  Perhaps this feedback may have some utility.

One day, while stationed in the Gulf of Siam, our crew was given leave to engage in recreational swimming. A shark net was deployed and the crewmen began diving off the cutter and swimming out to a raft that was deployed for the swimmers. I was on the bridge watching the swimming activities when suddenly I saw a huge submerged black object, approaching slowly (at about 2-3 knots) from the starboard side of the cutter only to disappear beneath the ship. l went to the port side with plenty of time to see the object pass at least 18 feet below the waterline of the cutter, swimmers, the shark net, and the raft.

As this USO (Unidentified Submerged Object) emerged on the other side of the cutter, I discerned that it was at least 100 feet in length and 30-40 feet in width. It showed no fins, rudder nor discernible source of propulsion. Our ship was anchored, facing the bow to the North, as the huge black object (about 1/3 the size of our ship) passed from East to West beneath the cutter and the swimmers in complete silence with no sounds of engines or any other sounds to attract attention or disturb the swimmers who did not react to its passage.

It was I then that observed the shape of a large tear-drop shaped object continue to move on and off the the East where it slowly disappeared from view.

Although we had no sharks to contend with, the following video will give the reader an idea of the situation during the recreational swimming session when this passed beneath our ship and crew.

The thought crossed my mind that it might have been a whale, but it’s tear-drop shape with no tail, no discernible undulating motion or any sign of propulsion eliminated that possibility altogether. referring to the classic Janes’ Fighting Ships, we tried to find a similar shape in known submarines of the world, but nothing even close was to be found. So the submerged object remains for me a classic USO, or Unidentified submerged Object.

Below is a video from the series MonsterQuest dealing with such recorded sightings of “sea monsters” throughout history.

In a recent email to the editor, Joe Foster wrote:

I see that you previously flew out of Brookhaven airport.

By any chance have you ever flown out of the East Hampton airport.  I lived in East Hampton for several years on a local farm (my folks moved around a bit) between 1949 and 1954 or so.  In 1954, my folks took myself and my young sister to a drive-in movie theater located in Bridge Hampton on the old Montauk highway.  It was during a movie we were watching that we observed a rapidly zig-zagging, bright white point of light (greater in magnitude than any star).

After making 3 distinct right angle movements, it disappeared behind the movie screen.  The orientation of the screen to the best of my recollection was facing in a westerly direction towards Brookhaven National Labs that was probably about 30 miles away.  In your travels, have you heard of any other similar sightings on Long Island (extremely fast moving, zig-zagging objects displaying movements that would be extreme with great “G” force activity (at least in our state of physics)?  Of course, a lot of the physics that are currently making the rounds these days would probably indicate much of what Jack Sarfatti has been discussing.

I just thought that I would share this with you.  I did document this event. Also, in this email I have attached a couple of other slides that I have used.  In order they are:

1)  The rendition of the daylight sphere event when doing “Morning Stars” while in the CG.  I tried to represent the object and the sky and sea conditions however, it is not perfect but it does show pretty much what we observed at the time.

2)  The next is a crop circle that showed up on a farm that I lived on as a child (the crop circle showed up in 2002, my family’s sighting was in July of 1958).  This is my story of “synchronicity”.  In the summer of 1958, we observed our first daylight sphere that was flying lazily along what we know as the “Navy Road” (actual name is Normandy road) that is owned and used by the US Navy to move munitions to and from ships in Raritan bay and the storage facilities about 13 miles to the south (Colts Neck).

This road has been used for years to move nuclear and conventional weapons.  It has also had more than its share of UFO activity including a landing about a mile or so away from the Earle pier facilities in Leonardo.  ( I will share the article from the local newspaper along with a picture of a circular flattened area of swamp grass.

Nike missiles play an important role in many of these UFO related activities, here are several that bear investigation:

The next event of which we spoke yesterday was the sighting that I had while shooting “Morning Stars” while onboard my ship (Coast Guard Cutter Mellon – WHEC717) while returning from a Westpac deployment to Vietnam – June 1970.  Slide is a representation of what we observed as described in my original email.  Picture of object was added (with Photoshop) just to give a rough idea of scale and the sky and sea conditions at the time of the sighting.

I will follow up with another email and pics for several other events that took place while in the CG.

The 1970 WESTPAC (RVN) Deployment Crew of the Coast Guard  Cutter Mellon (WHEC 717) can best describe their respect for Captain  Ottis H. Abney by quoting a plaque in front of the Chief of Naval  Operations building in Washington D.C.

“IN EACH SHIP THERE IS ONE MAN WHO IN THE HOUR OF  EMERGENCY OR PERIL AT SEA CAN TURN TO NO OTHER  MAN.

THERE IS ONE WHO ALONE IS ULTIMATELY  RESPONSIBLE FOR THE SAFE NAVIGATION, ENGINEERING  PERFORMANCE, ACCURATE GUNFIRE AND MORALE OF HIS  SHIP. HE IS THE COMMANDING OFFICER.

The UFO Spotlight is Published & Edited

If you enjoyed this article, please donate via Paypal

to help us continue publishing news and UFO reports.

Send your contributions on Paypal to: