The Alien Enigma: Extraterrestrials:
Science Fiction or Science Fact?
UFO Digest Book Review
Edited by Robert D. Morningstar
The Alien Enigma is a non-fiction book which closely examines evidence of the existence of extraterrestrial life on this planet.  Author J P Robinson weaves a wealth of astounding and suppressed material in this comprehensive work covering the many complex subjects associated with alien activity.
In this intricate and expansive overview of the ET scenario here on Earth, Robinson exposes the government conspiracy to conceal essential information from the public regarding the alien presence and the already well established diplomatic relationship between them and us.
Each chapter of The Alien Enigma offers  great insights into separate topics connected with the alien hypothesis, such as UFOs, abductions, crop circles, contactees, cattle mutilations and more.
The chapter ‘Out Of Sight, Out Of Mind’ delves exclusively into the macabre world beneath our feet in the deep underground military bases (DUMBs), with particular focus on the sinister Dulce base in New Mexico. Explosives expert and whistle-blower Phil Schneider put his life on the line to inform the public of the great injustices taking place incognito below the ground. Much of his expertise is shared here, vital information which will become lost to future generations since Schneider’s murder.

Another chapter ‘Space Secrecy’ deals with NASA’s dubious origins and associations with former Nazis whose gruesome past was secretly expunged from the records as they were brought to the US through Operation Paperclip at the end of WWII. NASA’s penchant for secrecy continues to the present day, and Robinson reveals how this elite group of scientists have succeeded in covering up the fact that our nearest celestial neighbor, the Moon, is not a natural object but rather an artificial satellite which rings like a bell when struck during seismic testing.  Such an incredible discovery if proven correct has massive implications for humankind, as author’s Knight & Butler queried, who built the Moon? How and why? The space chapter also reveals what Neil Armstrong really saw when he arrived on the Moon (yes, further research would suggest that we did really go to the Moon, but the footage was faked, not the actual trip in its entirety).
Other previously hidden information from the Apollo missions and even STS missions in orbit are also exposed.  The author briefly covers the well documented Roswell incident from 1947 but only as a precursor to the completely unknown facts regarding several other UFO crashes which took place in New Mexico between 1945 and 1948, and Robinson connects the whole UFO phenomenon to the introduction of the Atom bomb.
Other chapters include the fascinating testimonies of two very different men:
1) microbiologist Dr. Dan Burisch and his personal experiences with a live extraterrestrial during his time working at S-4 at the infamous Area 51
2) Swiss farmer Eduard ‘Billy’ Meier – the most famous alien contactee story ever told and the evidence which he presents to prove his authenticity.
A final chapter looks at the world of Remote Viewing as a means to garner otherwise impossible to acquire data concerning alien races.  Ingo Swann and Courtney Brown are both featured heavily here, and Brown’s Mars viewing sessions are included.
For anyone new to the UFO phenomenon and all of its associations, this book will be a complete eye-opener!  For those more seasoned researchers out there, there still remains plenty of food for thought on offer here, and all the information revealed by the author is done so in a matter-of-fact, non-speculative manner.  Where possible, all sources are referenced and further personal research is encouraged by the author.  Robinson finishes his introduction by saying:
“In order to understand more it is imperative that we improve our knowledge before choosing which side of the fence we feel compelled to belong, so enjoy your read and always bear in mind that facts really can be stranger than fiction.”
The Author 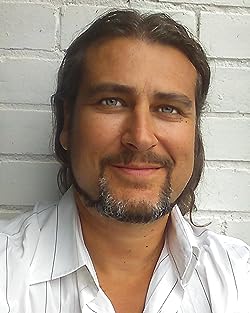 J.P. Robinson
J.P. Robinson was born in Beverley on the East Yorkshire coast of England in 1975.  He first became fascinated by the possibility of UFOs and extraterrestrial beings in his late teens during the early 90’s; the last decade before the explosion of the internet, influenced at that time by the extraordinary claims of ex-NASA employee and whistleblower Robert Oechsler.  He began honing his writing skills as a keen singer-songwriter for the best part of two decades and following five years of study in Contemporary Photography right through to degree level at Northumbria University, he developed his ability to research extensively and applied this to his dissertation where he received a first with honours.
In 1998, his work was recommended for a commissioned piece in The Guardian.  The Alien Enigma is his first published book, but he is currently working on two new titles which explore more unexplained mysteries. His next book delves into the mysterious origins of Man and the many popular myths that when analysed could help us to further understand our past. 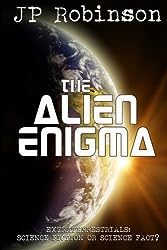