On February 0th,  2020 and again on March 5th, 2020,  Professor Francis Boyle, a world renowned expert in international law and Bioterrorism, described the newly discovered Cornavirus nCOVID19 as a “Chimera” (in Greek mythology: a fire-breathing female monster with a lion’s head, a goat’s body, and a serpent’s tail), meaning by his metaphor: a biological impossibility!

Professor Boyle proclaimed that the virus was a weaponized, bio-engineered biowarfare agent, intentionally designed to be more easily transmissible among humans by the unnatural insertion of HIV-1 genomes into nCOVID19’s Spike Glycoprotein.

On Friday March 13th, 2020, a day that will be long remembered in the annals of  “Big Brother” propaganda,  the Chinese global media and Fake News Assets in the West went into overdrive continuing to spill their bilge of lies across the world, which they began spreading since last November, to bolster China’s attempt to conceal its central role in the development of the bioweaponized “Chimera,” designated nCOVID19 and its unnatural dispersion from Wuhan across the world.

On that “Friday the 13th,” the Chinese Foreign Ministry”s official spokesman, Mr. LiJian Zhao, with no basis in fact, is presently accusing the United States, specifically, the US Army of attacking China with nCOVID19!

I would remind Mr. Zhao of that ancient Chinese axiom:

“Beware pointing an accusing finger because when you do,

3 fingers point back to you.”

However, the question that the Western World is asking is:

Was Coronavirus Intended To Be Primer For Chinese Invasion

Dr. Boyle has studied samples of the Wuhan strain of NCOVID9 and has stated emphatically that nCOVID19 was bioweaponized by Chinese researchers n Wuhan, China.

To hear Dr. Francis Boyle’s answer to the question posed above:

“Was Coronavirus Intended To Be Primer For Chinese InvasionOf America?”

Who Created “”THE CHIMERA”?

This article will chronical for history and for future historians exactly how the Chinese Communist regime in China spurred the development of nCOVID19 thruough years of research on civets known as the Chinese Horseshoe Bat.

In 2003, Maj, General Che Wei, the Chinese Army’s top virologist, was promoted to general and appointed by Xi Jing Ping to take charge of the Chinese Army’s response to the SARS and Ebola outbreaks, as well as, other viral outbreaks that have plagued China during the ensuing years.  Those viral outbreaks , included the Hong Kong Flu, Swine Flu, Zika Virus and other viruses, most notably, the present contagion beginning (and ending) in Wuhan.

Since 2003, Maj. General Chen Wei has been the head of the bioweapons development program for the People’s Liberation Army.

The release of nCOVID19 constitutes a crime against humanity, and Maj. General Chen Wei stands as a principal actor in its creation, along with the director of the Wuhan Viology Labs and its team of microbiologists.

I believe that Maj. General Chen Wei who directed the bioengineering and weaponization of nCOVID19  from bat blood, serum and bat dung is a biowarfare criminal.

It was General Chen Wei who oversaw the Wuhan BSL-4 Laboratory (as senior virologist of the PLAN) where the microbiology team derived and weaponized nCOVID19 from rare strains and samples of COVID that the Wuhan Labs extracted and developed from the Horseshoe Bat.

This virological research was conducted under the oversight and at the direction of Maj. General Chen Wei and the Chinese PLAN (People’s Liberation Army & Navy), which control all BSL3 & BSL-4 laboratories in China.

Until 2019, Viracor Europfins Clincial Diganostic Testing classified only 6 strain of Coronavirus in the human population:

“Human coronavirus is a common, enveloped, positive-sense RNA virus, with most people contracting it during their lifetime. Coronaviruses cause mild to moderate upper-respiratory tract illnesses.

There are six (6) currently known strains of coronaviruses that infect humans.

The most common infection globally is from human coronaviruses 229E, NL63, OC43, and HKU1.

The much publicized human coronavirus, SARS-CoV, which causes severe acute respiratory syndrome, or SARS, has a unique pathogenesis because it causes both upper and lower respiratory tract infections and can also cause gastroenteritis.

The six human coronaviruses are:

The sudden appearance of Novel Coronavirus in Wuhan China in November 2019 introduced a 7th strain, which was derived from “rich gene pools” of Horseshoe Bat Coronaviruses.  This new virus suddenly intruduced into the human population, previously unknown to Man, was the product of intense research conducted by  Wuhan Laboratory micrbiologist who extracted the ew virus from the blood, serum and dung of the Horshoe Bat.

The initial discovery of a SARS-CoV took place in 2005 at Hong Kong  University and was published September 27th, 2005 whenthe Hong Kong team announced:

In their opening abstract, the Hong Kong resarch team noted:

Although the finding of severe acute respiratory syndrome coronavirus (SARS-CoV) in caged palm civets from live animal markets in China has provided evidence for interspecies transmission in the genesis of the SARS epidemic, subsequent studies suggested that the civet may have served only as an amplification host for SARS-CoV.

In 2016 and 2017, a team of Wuhan  BSL-4 Laboratory microbiologists published the following research papers:

an Extra Accessory Protein, ORFX, Involved in Modulation of the Host

Discovery of a rich gene pool of bat SARS-related coronaviruses

provides new insights into the origin of SARS coronavirus.

The Coronavirus strain (nCOVID9) that is plaguing the world in 2020 was developed in Wuhan.
Lead by Wuhan Laboratory microbiologists Hu B, Zeng LP, Yang XL, Ge XY, the team comprised of Zhang W, Li B, Xie JZ, Shen XR, Zhang YZ, Wang N, Luo DS, Zheng XS, Wang MN, Daszak P, Wang LF, Cui J, Shi ZL went on to grow large colonies of Bat Coronavirus, which the team extracted from “rich gene pools of Bat Coronavirues”  in bat dung, as noted above.  The Wuhan team went on to find coronavirus, dubbed  “bat-SARS-CoV” in bat blood, serum and bat dung in 2015.
Just 2 years later, in 2017, the Chinese labs in Wuhan began to mass producc the new virus strains through “Long Term Surveillance of Bat Cornaviruses via PCR.”
PCR (Polymerase chain reaction) is a biogenetic technology for mass production (replication) of any gene sample.
On January 10th, 2020, a 9-man team of Indian virologists anounced their discovery that the Chinese nCOVID19 that was afflicting Wuhan and spreading throughout China presented an unnatural  structure, whcih they described as “not fortuitous in nature,”  meaing that they were artificial in nature, not possible in the natural world.
The Indian microbiology team from University of Delhi noted the cleaving of 4 HIV inserts onto the Spike Glycoprotean of NCOVID19, which provided nCOVID19 with a “gain of function,” increasing its infectivity and its lethality.
In a recorded interview with Alex Jones, Dr. Francis Boyle, one of America’s foremost microbiologists, notted that same aberration in structure of the unnaturally altered nCOVID Spike glycoprotein.  Dr. Boyle supports the findings of the University of Delhi virology team and noted that after strong political pressure the team has been s forced to withdraw thir publication for further review and revision.
It appears that the Indian leadership, from PM Narendra Modi’s office down the bureaucracy to  academe, all dread the implications of the New Dehli’s team’s discovery that China bioweaponized Bat Coronavirus in ways “that could not be fortuitous in nature.”.
Dr. Boyle went on to describe nCOVID19 quite graphically as a “Chimera, a phantasmegoric monstrosity that could or should not exist in nature.
That concoction, a Devil’s brew of Bat Coronaviruses drawn from bat blood and bat dung, hence my coin, “The ChiCom Vampire Virus,” was spliced with 4 furin-like cleaved inserts from HIV-1, to constitute the real “CHIMERA.”
China bio-weaponized that microbiological monstrosity, which now plagues China, Iran, Italy, France, Spain, other EU countries and parts of the US (though not all) as it is quickly spreading globally
The release of “The Chimera” on the world by Maoist China constitutes a “crime against humanity,” perhaps the greatest crime of all time.
On March 28, Robert Stanley and this writer  on Unicus Radio discussed the development the “ChiCom Vampire Virus” in Wuhan and the intentional exploitation of The COVID19 PLABDemic to destabiliize the global economy
Click he link below to hear the show.
http://kgraradioarchives.com/Shows/unicus-radio/2020/URH032820KGRA%20-%20The%20Unicus%20Radio%20Hour%20-%20Robert%20D%20Morningstar.mp3

Communist China has become a “Vampire Nation” thriving on the blood of Mankind.

The “Sick Man of Asia” has Made the Whole World Sick.

The release of “The Chimera” upon the world by Communist China constitutes a major “crime against humanity.”

In fact, China’s dispersion of NCOID19  is and will remain…

The Greatest Crime of All Time. 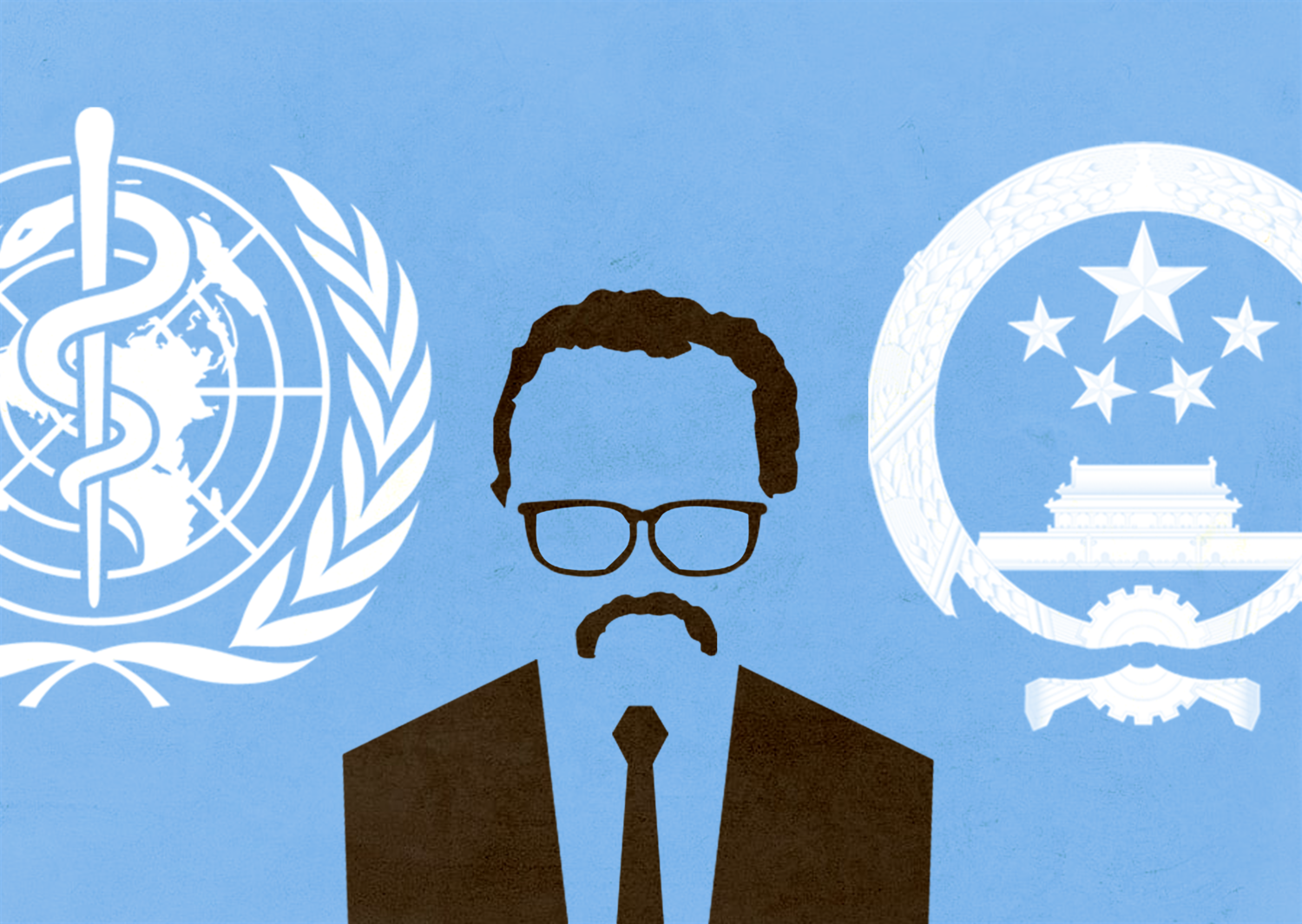 April 10, 2020
President Trump clearly realizes now, looking back to October-November 2019, that Tedros Adhanom Ghebreyesus, Director of the World health organization (W.H.O.),  has been “playing him,”   i.e. lying to President Trump and deceiving to the entire world since  last December.
It is self evident to me that Tedros Adhanom was a willing participant with China in “setting US up” by downplaying its intense infectiousness of the Wuhan virus, by telling the President in December that there was no human-to-human contact (a Big “China-centric” lie) with his own lie propping up the Big Lies of Beijing and  theChinese Communist  (ChiCom) Government.
And, i ask you, reader,  not rhetorically, JUST WHAT the Hell  could have been on Tedros’ “mind” when he tried to stop the President from closing our borders to Chinese travellers late in January 2020?
Tedros already knew the intensity and hid the virulence of the Wuhan outbreak in China.  Furthermore, Tedros Adhanom knew that the contagion could spread like wildfire if national borders were not closed immediatly.
And, despite that, Dr. Anthony Fauci of the N.I.H., still defends and describes Tedros Adhanom Ghebreyesus as “great guy” who ‘has done a great job with the W.H.O.”

NOTHING convinces the writer more that Tedros A. Ghebreyesus was, without a doubt, a willing participant and co-conspirator with China in conducting biological warfare against the U.S. than Fauci’s suspect behavior,

8 Strains of Coronavirus Are Circling the Globe

4 thoughts on “W.H.O. CREATED “THE CHIMERA”: “The ChiCom Vampire Virus””