The World of Targeted Mind Control

THE DEVIL INSIDE YOU

There on the edge

of a lonely abyss

When the monster in your head

Leaves you shaking in your bed

Whenever you fear the darkness burn

From the devil inside you. 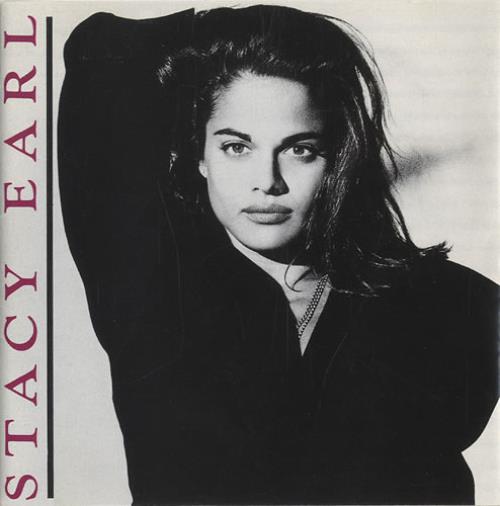 We are under attack!  Not just from hidden elements within our government, but many governments!  Worst yet, they are are all part of a Dark Hidden World that we can now see operating behind and at the edges of our societies and private lives!  Evil metastasizes into evil and has a multiplier effort that only deep evil knows. 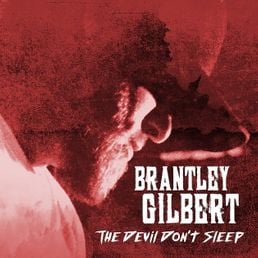 Battle scars on my heart
Lord knows this war ain’t over, no
It’s just gettin’ started
Just when you thought you had him beat
He’s on your shoulder
He’s in your ear, he’s whisperin’
Lyin’ again, and again, and again
You tell yourself he’ll leave you alone
You turn your back, and brother man, it’s on

He’s at your door, don’t let him in
He’ll lie, he’ll steal, he’ll kill, he’ll win
Just ask me, I’ve been there
All you’ll have left is a desperate prayer
You pray to God He’ll save your soul
Like He has a thousand times before

“As I have discussed in previous articles on mind control such as “They” Can’t Read Your Thoughts … Right? the state of current mind control technology is beyond most’s people comprehension and idea of what is possible. Yet, we have had enough out-of-the-closet whistleblowers and leaked or declassified documents to give us a clear idea of the scary extent to which we can be psychically attacked. Whistleblowers such as Dr. Robert Duncan have lectured at length about the capabilities of V2K technology, which is defined as an EM frequency technology that utilizes RF (Radio Frequency) signals to induce sound within the cranial cavity of the target. V2K literally pipes thoughts directly into people’s heads without them knowing it.

“Kofron talks at length about how this technology is fully operational and is already being tested upon those in society who are struggling (such as those who are homeless, poor and who don’t have much family or many friends) since they make the easiest targets. On his website GangstalkerWars.com, he exposes the details of ongoing operations within Seattle (where he used to work for SIS). This social engineering is being done by the Federal Government, the Military Intelligence agencies, private security firms (more on this below), some of the largest US corporations (after all, we live in a corporatocracy), local and state police, and social programs within inner-city America.

“Kofron warns about an alarming trend in American society: the rise of private security companies who mostly employ ex-military and ex-intelligence agents. As I covered in this 2-part series, the US Military Intelligence Complex is completely and utterly out of control. It runs the government and pulls the strings attached to all the puppet politicians, who don’t have the necessary ‘clearance’ to access the truly top-secret information. These security firms, like the MIC itself, appear to operate above and outside the law.”  (Read more in the article.) “Of course, something needs to be done about this illegal, immoral governmental electronic terrorism. However, seeing the bigger picture, it may be difficult to incriminate the culprits: As mentioned by former CIA engineer and whistleblower Dr Robert Duncan it would be difficult to take the victimization cases to court, as the gang stalking involves a number of people in very high places who could control the law process… Having said that, there are ways and governments are getting pressurized to do something about it: Not just America, gang stalking is happening all over the world.

“Targeted individuals describing their nightmare experiences have shown us that they don’t necessarily have to be major threats to the new world order agenda to be targeted, just people known for having the already mentioned traits and qualities.”  (Read more in the article.)

“Today, technology is increasingly folded into our everyday lives. Some 8.4 billion ‘connected things’ will be used globally this year, most of which are vulnerable to hacking and surveillance. Early this year, a German regulatory agency labeled a blond, talking doll named My Friend Cayla ‘an illegal espionage apparatus,’ recommending its destruction. The FDA recently approved the first pill that can track whether a patient has taken it. These Big Brotheresque developments are worrying even if you are not a suspicious or paranoid person. For the TIs, these devices are their worst fears realized. The technology doesn’t just spy on them or track them. It attacks them.”  (Read more in the article.)

“The invasion and virtual rape of our lives by covert forces (an activity apparently being given the nod of approval by the U.S. Government) has become a rampant epidemic of sadistic abuse that also appears to be a manipulating tool of augmented fascist indoctrination and conditioning, particularly among those who are recruited to perform these ritualistic acts of torture and psychological terrorism against us. This horrible crime is much more potentially destructive to the inalienable rights of life, liberty, and the pursuit of happiness than any other threat before it, and must be recognized as so.”  (Read more in the article.)

“Two things must be noted here. Firstly, this can all be done subliminally without you consciously noticing it. Secondly, the idea of pulsed RF signals is exactly what smart meters are doing to destroy your health. Pulsed EM fields are especially dangerous to the human energetic field – and the NWO controllers know it. How will the 5G grid and IoT contribute to all this?

“Interestingly, some have suggested that the TV company Hulu derived its name from Hendricks Loos. Hulu famously released its video ad with Alec Baldwin detailing how they produce programs that turn people’s brains to mush in order to prime the brains up for eating by aliens. Just a coincidence, I’m sure.”  (Read more in the article.)

“That is the delivery of bio-nano-particulates into the environment for all of humanity to breathe in and or ingest as well as absorbed through the skin. These nano-particulates contain all the necessary building blocks for a synthetic DNA conversion or as the powers behind the crime will call it ‘DNA Upgrades.’ The following article explains this process, so if you are not yet familiar with the process then I suggest you read the article linked below by clicking the image:

“What needs to be done with 5G WiFi in order for these psychopaths to put it to use for their purposes is to get it distributed all over the planet as much as it is possible for them to do. One way they are currently doing this, and with your help, is to sell the necessary antenna infrastructure as a service you need or ‘must have’ for ‘blazing fast internet speeds everywhere in your home.’”   (Read more in the article.) 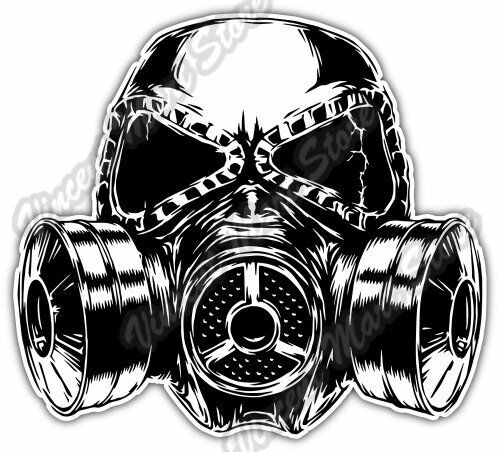 “In my opinion, Morgellons is a Program. It is harnessing the life energy of biology to get it to serve technology”   –Sofia Smallstorm–  (Lisen to a technical video presentation.)

“Yet beyond that, we have a more obvious and easily demonstrated escape from reality. In this present age, as I have stated, we have two main groups in a fight to the death: The utopians illusionists of the left and the realists of the traditional American conservative persuasion. The left utopians believe in the basic tenant that man is basically good and those that are not good can be molded by the forces of social engineering into being good citizens — good citizens, that is, in their perverted definition. This utopian view assumes that man has been corrupted by his social and mainly economic institutions, such as “white privilege,” capitalism, racism, class discrimination, homophobia and other social phobias. To correct man’s seemingly decrepit state, one needs merely change the institutions of society as they now exist, and in doing so, one can lead mankind into a utopian world. This utopian world, naturally, is a collectivist one of a socialist design in some manner.

“In this view, all crimes and social problems of modern societies are based on a maldistribution of wealth, a lack of tolerance for previously unacceptable behaviors, ownership of private property and an unwillingness of the individual to surrender his or her independence in favor of the collective. What is rarely discussed by the leftist utopians is the perennial question — who shall make the decisions for the collective? Of course, if pressed, they will admit that highly qualified “elites,” much like Plato’s philosopher-kings, will make these decisions. In today’s world, it will be the elite technocrats who will make the decisions.

“Who will select and choose these elites? We are never told. Have they already been chosen by secret councils — the men in the shadows of the deep state? Who shall these elites answer and how shall they be made accountable? We are never told. Worse yet, the leftist in the streets and the leftist scribblers never even bother to think about such things. Most people assume that they will be asked their opinion. Of course, if they knew anything about collectivist political systems, they would realize that once they help usher in the system, they would be dispensed with, killed in mass numbers, imprisoned or marginalized within the lower ranks of the collective. The elite would no longer tolerate moronic opinion.”  (Read more in the article.)

“Carnicom’s central message is to alert the audience that chemtrails are far more than for the purpose of atmospheric modification.  His research finds that the aerosols also contain bio-engineered filaments that are infecting the global population with exotic, cross-domain bacteria that do not exist in nature.

“Most people infected with the pathogen may exhibit constitutional symptoms of varying intensity but a minority of victims also exhibit skin lesions that can exude visible colored polymer fibers from within the lesions or from under the skin.  Carnicom chooses to call the condition ‘Morgellons syndrome’ since it somewhat mimics this previously described condition.”  (Read more in the article.)

Senior Executive Service (SES) is ~10,000 Deep State shadow government employees who are sabotaging the American Republic for the globalist agenda. Trump cannot fire them! from DrainTheSwamp

“My major concern is that there is evidence that they are spraying tons of nanosized aluminum compounds. It has been demonstrated in the scientific and medical literature that nanosized particles are infinitely more reactive and induce intense inflammation in a number of tissues. Of special concern are the effect of these nanoparticles on the brain and spinal cord, as a growing list of neurodegenerative diseases, including Alzheimer’s dementia, Parkinson’s disease, and Lou Gehrig’s disease (ALS) are strongly related to exposure to environmental aluminum.”

One thought on “The Hidden World”