The Late Jim Marrs speaks about our death –

This article was published in the October 11, 2012 issue of UFO Digest

It is printed here with permission.

Short quotes are permitted by researchers and journalists.

You also see a similar article at https://wordpresscom507.wordpress.com/2017/09/04/the-real-zombies/

(“These globalists who have manipulated world history for decades, if not centuries, are working or plan to turn the once-free and prosperous republic of the United States into a socialist state populated by dumbed-down and destitute zombies draining dry the nation’s money supply….It is truly a trillion-dollar conspiracy.” Jim Marrs, The Trillion-Dollar Conspiracy, Harper Collins Publishers, 10 East 53rd Street, New York, N.Y. 10022, 2010, 452 pages, $26.99.)

THE NIGHT OF THE LIVING DEBT

The late Jim Marrs had become a major researcher and writer into topics of conspiracy and government cover-ups. Perhaps his greatest work is Cross Fire: The Plot That Killed Kennedy, which was one of the books that prefaced Oliver Stone’s movie JFK.  Marrs’ Rule By Secrecy covered a large range of history and conspirators behind major movements. Also interesting tomes were The Rise of the Fourth Reich which spoke on the continued rule of Fascism.

Marrs may have missed the mark somewhat in his Alien Agenda by merely quoting or promoting some of the more questionable aspects of the UFO Mystery and a supposed extraterrestrial presence, such as the file on Frank Kaufman of the Roswell UFO story. As events turned out, Hoffman proved himself a hoaxer. Later, in Alien Agenda, Marrs highlighted ‘remote viewers’ looking into the future of humankind and seeing aliens coming to aid humankind (such as in ecological disaster). If aliens were going to aid us in our humanly plights, they would have been here already intervening during our wars and problems such as the 9/11 attack and the Wall Street Collapse of 2008.

Which was the problem with Ufology: It has fallen prey to New Age religion with its own priesthood of psychics, prophets, abductees, and hoaxing. Even a local St. Louis group had all the trappings with a Svengali-like pastor/psychic (who said the late Allen J. Hynek was a ‘reptilian’) and claimed 80% accuracy in his predictions (and, similarly, seeing Praying Mantis-type space people involved).

This is why The Trillion-Dollar Conspiracy had become most refreshing. It seemed to stick to the hard headlines and facts on the decadence in recent news. In particular, there was the October 2008 financial collapse of America into a more than 15 trillion dollar debacle.  Porter Stansberry, research analyst, said in the April 8, 2011 S&A Digest that the debt was actually $50 trillion dollars and increasing. There was the placing in 2011 of approximately $130,000 dollar debt on the head of every citizen in America; the creation of extravagant “golden parachutes” — payments to financial executives despite their failing companies.

The Socialistic downfall of America was forecasted as early as 1934 in an editorial cartoon in the Chicago Tribune entitled “Planned Economy or Planned Destruction?” The article depicted ‘young pinkies’ from Columbia and Harvard who are shoveling from a cart housing Leon Trotsky and he was saying: ‘‘Plan of action for U.S – Spend! Spend!  Spend!   Under the guise of recovery–bust the government–blame the capitalists for the failure–junk the Constitution and declare a dictatorship.”

Communist Norman Matoon Thomas, Socialist Party of America, heralded his run for the Presidency between 1928 and 1948, said: “The American people will never knowingly adapt socialism; but under the name ‘liberalism’ they will adopt every fragment of the Socialist program, until one day America will be a Socialist nation, without knowing how it happened.” Thomas retired in 1948 because he believed that both, the Democratic and Republican party had adopted every plank of the Socialists’ platform and there was no need for the alternative Socialist Party.

Marrs saw this culmination in the New World Order promised by Adolf Hitler and signed off by President H.W. Bush. These Globalists were above petty nationalism and are now guided by what Janine Wedel spoke of in Shadow Elite as “flexions” who manipulate global economics as “poker chips” in some vast, unseen, poker game– or some Ponzi Scheme–of which they stand aloof and above–and utilize to their own advantage.

The late Hollywood producer Aaron Russo quoted Nick Rockefeller (a participant in the World Economic Forum and a member of the Council on Foreign Relations): “The end goal is to get everybody chipped, to control the whole society, to have bankers and the elite people control the world.”

Marrs laid out a step-by-step chronology of the demise of America and the economic collapse of 2008-2011; presently at a $19-Trillion (with a capitol “T”) dollar debt in 2017 (and rising) — insolvent and bankrupt:

(Black told PBS Bill Moyers in April 2009) “The Busch administration essentially got rid of regulation, so if nobody was looking, you would be able to do this with impunity and that’s exactly what happened…the sub-prime and what’s called Alt-A [risky alternative A paper loans, liar’s loans]…they knew they were frauds.”

Indy Mac failed on July 11, 2008, selling $80 billion worth of ‘them‘ in 2006. Other banks followed: Pigs in the poke decorated in pink ribbon fraudulently called ‘Triple-A.’ The FBI was aware of this movement as early as September 2004. Bush’s war on terrorism eclipsed this vast ocean of fraud.

Glass-Steagall Act of 1934 had been the only protection holding back a tsunami of fraud from “banksters” (big banks looting customers for the benefit of a small group of insiders). Brooksley Born, former CFTC Chairperson, said that, beginning in the Clinton years, all protective regulatory exemptions had been removed; creating a market that was virtually unregulated and completely opaque. The Enron debacle happened from regulatory exemption resulting from Mrs. Gramm’s chairing the CFTC from 1988 to 1993. She sat on Enron’s board of directors in the Audit Committee. Enron drained more than $10 billion dollars from shareholders.

“Supporters of the bill used an old trick that was used to pass the Federal Reserve Act of 1913. Like the Federal Reserve Act, the Gramm-Leach-Bliley Act was introduced on the last day before the Christmas holiday and was never debated by either congressional body,” said Marrs.  “This bill, fully initiated by and supported by Republicans and passed with the support of Democrats during a Democratic administration, clearly demonstrates the collusion of the two political parties.”

The bailout of AIG (American International Group) was $85 billion in 2008. “…the benefits of the bailout went to the AIG banks while the taxpayers suffered the costs.”

Blackmail by the Legalists

CONSPIRACY AND LACK OF INTEGRITY

Said William Black: “Under Secretary (of the Treasury, Timothy) Geithner and Under Secretary (Henry) Paulson before him…took $5 billion…in tax-payer money and sent it to a huge Swiss Bank called UBS (through AIG)…(UBS) was defrauding the taxpayers of America…(they) pay a $780 million dollar fine…but…we gave them $5 billion dollars. So, the taxpayers of America paid the fine of a Swiss bank. And why are we bailing out somebody who is defrauding us?”

(As of April, 2011 that “total cost” of the 2008 fiasco was about $130,000 (or more) per human American citizen: But, in reality, it could be said to be $700,000 per family when one included all government, private, corporate (excluding future obligatory) debt . All our debt would consume all national income. We were broke.)

Hank Paulson, the George W. Bush Treasury Secretary, oversaw the bailout program and was a former head of Goldman Sachs, another derivative–ridden usurper. Black and others “acknowledged that the destruction of the U.S. financial system came about due to a lack of integrity on the part of several high-governments (professionals) and banking officials as well as massive conflicts of interest and a loss of morality,” said Marrs, “But this is simply the view of those unwilling to address the true issue–conspiracy.”

Michel Chossudousky, a professor of economics on globalization noted that “…the entire fiscal structure is shattered and turned upside down…largely serves the interest of Wall Street, the defense contractors and the oil conglomerates.” Chossudousky said that the Bush-Obama bank bailouts would lead America into a “spiraling public debt crisis.”

This movement was further exacerbated by Bush’s policy of conforming to the United Nations’ Millennium Development goals revealed in 2000. What appeared at first as laudable goals (eradication of extreme poverty, etc.) became a landslide into power-hungry Socialism. Fannie Mae lobbied for lowering qualifications, while its stockholders pressured for greater profits; Globalists oversaw the festering machinations.

Darryl Robert Schoon said in How to Survive the Crisis and Prosper in the Process that he believed the crisis is essentially a “shell game”–a “lucrative fraud” wherein “modern banking were essentially a Ponzi scheme.”

Marrs’ book quickly branched out into multiple topics wherein the American government has joined the globalist movement to control the masses and give the reins to the super-wealthy. Americans have been taken over, bamboozled, by many schemes that have directed our lives, caging us into slavery as human “zombies”: The Walking Dead.

Marrs quoted Harvey Wasserman: “The biggest problem in our government is corporate power, and with that, the huge amount of resources and political power taken by the military.  Until we deal with these issues, we will go nowhere in this country on health care, the environment, social justice or anything else of importance…it is now more important to have someone who is not a Republican or a Democrat and who is committed into the welfare of the public rather than that of the corporations.”

NOT MUCH OF A CHOICE

“Consider the presidential election of 2004,” said Marrs, “voters had the option of the Republican candidate George W. Bush, or Bush’s cousin, Democratic candidate John Kerry, the scion of a rich family and a member of the secret society Skull and Bones.  Most informed and thoughtful people did not consider this much of a choice.”

Strengthening the power of the central government did not solve many of the country’s central public issues. There was still the matters of public health care, the U.S. Postal Service, Social Security, Fannie and Freddie Mac and Mae. There was the matter of one trillion dollars of “our hard earned money that is confiscated each year and transferred to ‘the poor,’” said Marrs, “it hasn’t worked…the problem lies in the people who control the government—the New World Order global fascists who now have a choke-hold on the government…”

I don’t know how well received will be the fact that Americans have entered into a new and evermore macabre form of slavery of humankind?  Would Marrs’ book make a difference: would people read and digest it?

Then, once digested mentally and philosophically, would people, and can people, do anything about it?

Those who wish to contact Steve Erdmann can reach him at his emails:

You can Friend him or visit his Timeline on Facebook at: https://www.facebook.com/stephen.erdmann1.

Blackmail by the Legalists 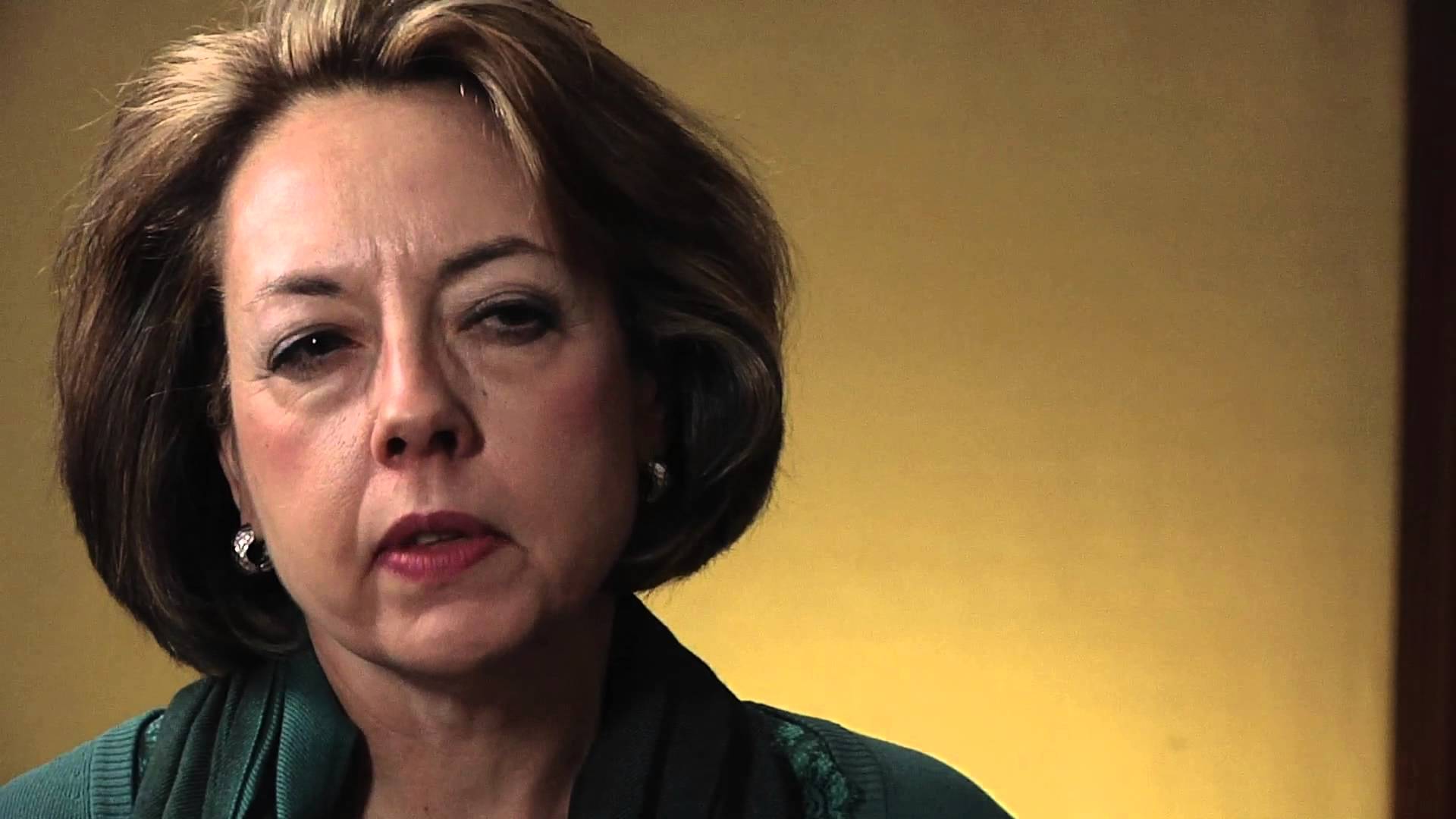 You also see a similar article at https://wordpresscom507.wordpress.com/2017/09/04/the-real-zombies/